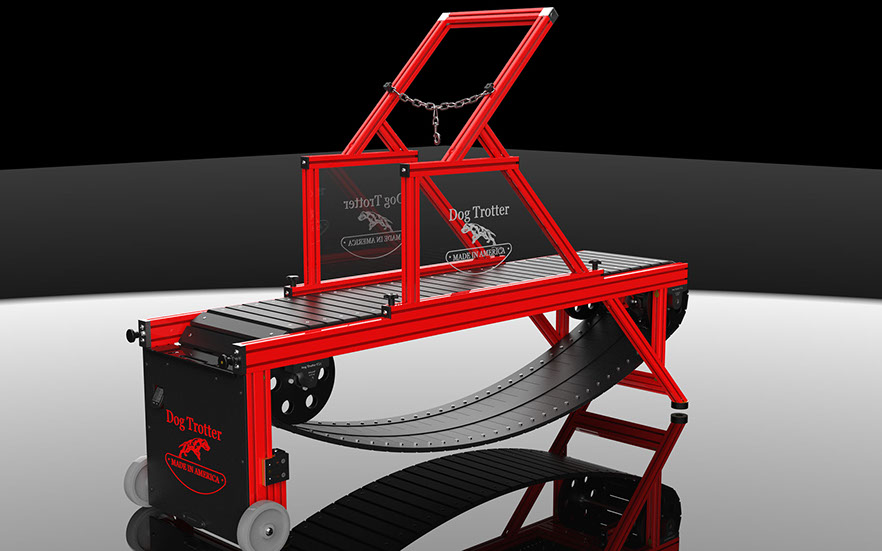 In 2008 I founded  Dog Trotter USA.   I started this company because I felt that the canine treadmills being built were of poor quality, were not safe  and were not fit for my animals.  I have continually striven to build the safest and highest quality treadmill that I could. We do not copy other peoples products. Every feature found on the Dog Trotter was designed right in our shop.

We stand behind our product with a 1 year warranty on everything. 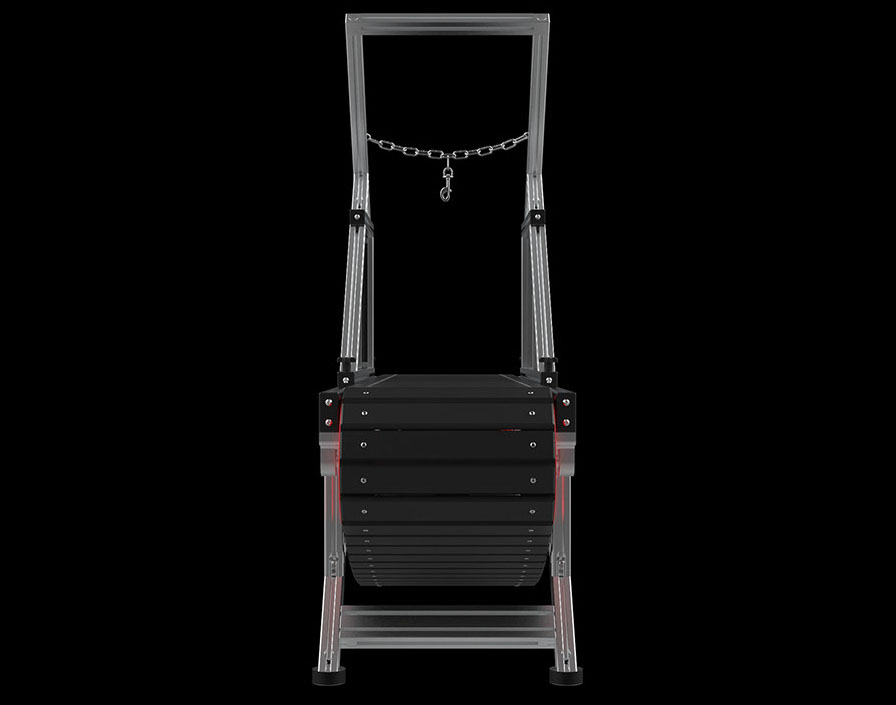 We didn’t invent the Dog Treadmill we just perfected it. The first treadmills were agricultural machines and came in various sizes to accommodate animals like dogs, sheep, and horses to automate chores. Nicholas Potter, of Troy PA is noted as the father of the first dog treadmill. But rather than marketing it as an exercise device for dog exercise it was marketed as a practical device for dogs to assist with churning butter, grinding stones, fanning mills, corn shellers and later cream separators and aptly named the “Enterprise Dog Power”.

The first patent issued in 1871 and the final patent in 1881. The final design is typical of most surviving “Enterprise” treadmills today.  The first dog treadmill marketed as a dog exercise device was patented by John R. Richards, of Oak Park IL in 1939. The history of the design similar to Nicholas Potter included a harness device and was not motorized.  The first human treadmill was not invented until 1952, where Dr. Robert A. Bruce got the idea to actually put the treadmill belt to use for humans to walk on. He used it as a stress test to monitor and diagnose various heart conditions. By the 1960s the treadmill was commercialized as an exercise device for humans, at which time the running joke surfaced on the Jetsons featuring George Jetson and his Astro running on an automatic dog walker.

Since the 1960s there have been continual improvements in treadmill equipment for both humans and dogs. I built my first treadmill for dogs in 1987. In 1997 I built the first of the modern day Dog Trotters.

If your canine deserves the best, you’re in the right place. 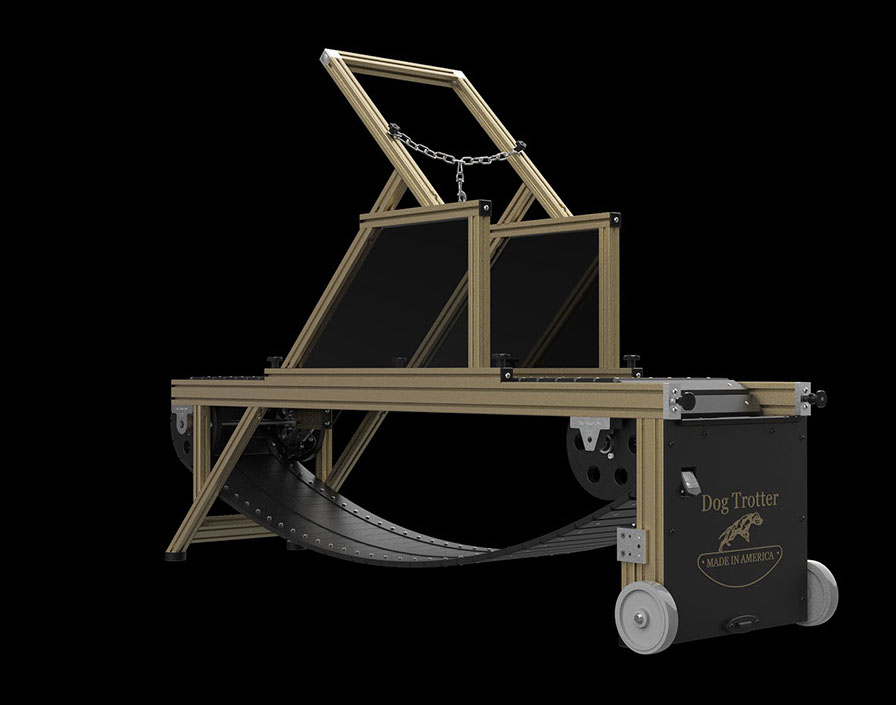 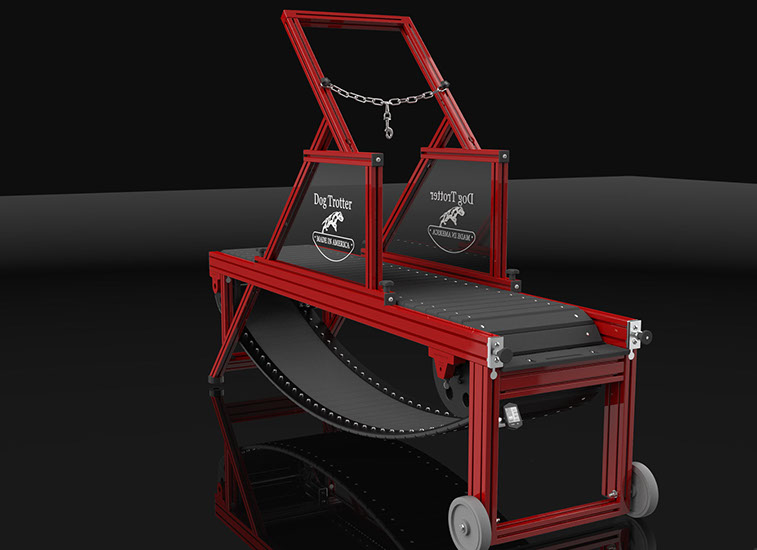 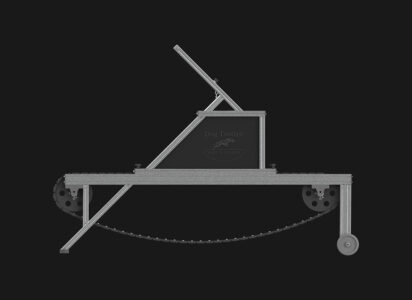